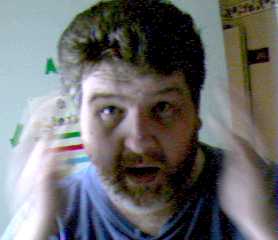 Chuck Brown is likely to be the most multi-faceted musician you’ll discover this year. Based in Central Ohio, Brown plays piano and writes songs in a wide variety of styles. He has the type of free-flowing musicality it takes to be equally at home in different genres and has a natural feel for diversity. He is known around the world for his solo piano music, which is influenced by George Winston and has been particularly successful in Asia. He has also done well with children’s music under the moniker Chuck Brown & The Chuckleberries, garnering 2.5 million views on YouTube for his song “Water Slide”, and has also released albums of Christian music, love songs, and singer/songwriter material.

Brown wrote his first original song at age 13 to earn his music merit badge as a Boy Scout and has been creating ever since. He found his calling to be more on the writing side of music rather than performing. He loves the process of crafting songs and does it mostly on his own, but also works occasionally with talented co-writers. His ultimate mission is to see and hear his songs performed by other gifted artists…which has happened a few times already. Until then, however, he’s recording and sharing his original music on YouTube and on his website. Brown easily handles the kind of stylistic variety that would falter in lesser hands and is quite likely to become a new favorite of anyone who loves beautiful and interesting music upon their first listen.