Where would the world be without pickers? Not nit-pickers…GUITAR pickers! And we got some real gems to be a part of The Grace Project! Andy Harrison, who was at the time still a member of SONY recording artists Howlin’ Maggie (and is now a guitar tech for Sherryl Crow), brought his amazing gift for creating sonic textures. Jerry Loos, who plays a mean blues guitar and fronts a band called Hurricane Jerry and Stormfront, contributed some mean solos and solid rhythm parts. Michael Alexander Jackson played electric and acoustic guitar, as well as some bass. We were privileged to have a couple of the region’s very finest bass players in Molly Pauken and Andy Woodson, who contributed both sweetness and a solid dose of funk. Brad Polito added some grungy crunch to “Hosanna”, and fingerstyle-meister John Morgan added some acoustic rhythm parts. 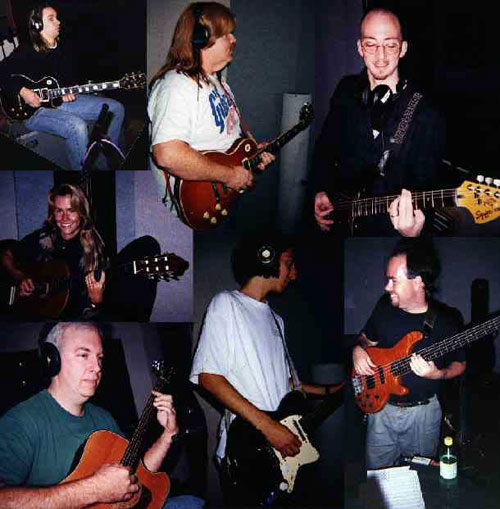